Home From the Web Why “Know Them By Their Deeds?” 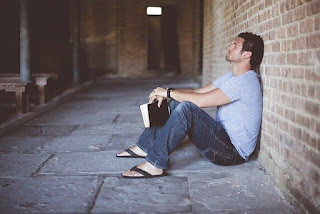 Regular readers will know that I periodically post reports of crimes committed by Christians (and yes, they do not magically stop being real Christians the moment they do something wrong). I sometimes include the phrase “Know Them By Their Deeds” in the titles of such posts and have received criticism for doing so. Although I don’t write posts like this nearly as often as I once did, I still think they have value. So, why would I include that phrase in the post?

The meaning of the “know them by their deeds” phrase comes from the Christian bible. Matthew 7:16 reads, “Ye shall know them by their fruits,” and translators of the Greek and Hebrew generally interpret “fruit” as “deed,” “act,” or “work.” The meaning of the phrase is that it is often misleading to base one’s impression of someone on their words and that we are better off focusing on their behavior. That is, know them not so much by what they say but what they do. Seems like helpful advice, doesn’t it?

I use this phrase at times to highlight Christian hypocrisy. We all know that many Christians are fond of claiming moral superiority over nonbelievers. And yet, their deeds often suggest otherwise. Examples of Christian wrongdoing are plentiful, and it is important to note that this in no way makes someone any less Christian.

My use of the “know them by their deeds” phrase is not intended to signify that I believe all believers are wicked. I believe no such thing. Rather, I use the phrase to point out the hypocrisy inherent in claiming that their religion makes them morally superior to the rest of us when their actions are no better than ours.

But why would any self-respecting atheist bother to reference the “holy” bible at all? I think there is something to be said for trying to meet people where they’re at and for using language they might understand. I’d be lying if I claimed to never have any misgivings about it, but that’s the argument I’d make in favor of doing it.

An early version of this post first appeared on Atheist Revolution in 2007. It was revised and updated in 2020.