Home From the Web Why Is the History Channel Undermining Skepticism? 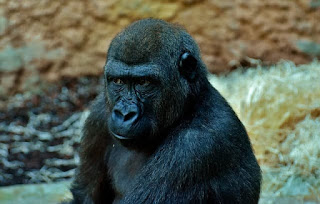 Every December, the debate about whether atheist parents should lie to their children about Santa resurfaces. Is participating in the great Santa charade a form of pre-indoctrination, a way of facilitating skepticism, or possibly both? The results of the only Twitter poll I saw about the subject in 2019 made it look like atheists are evenly split about whether parents should tell their children that Santa is real. Among those who say no, concerns range from the ethical implications of a parent deceiving a child for entertainment purposes to the notion that the Santa narrative may inadvertently soften the child up to a host of religious absurdities.

Regardless of where you stand on the Santa debate, I suspect most of you would agree that efforts to undermine critical thinking and skepticism are generally harmful. Most of you would probably also agree that deliberate attempts to replace these things with pseudoscience, woo, and conspiracy theories should be viewed with suspicion (or worse). And so, I have to shift the focus away from Santa now that December is behind us and direct your attention to the History Channel. What the hell is going on there?

Whatever they are doing, it is not a new problem. I have been complaining about it since at least 2010 (and some of the pro-religious drivel goes back much earlier). I don’t know if this is just me, but it seems to be getting worse. Moreover, I am now seeing evidence that leads me to believe that they have a specific formula worked out that they are using in countless shows to undermine skepticism and push an oddly popular combination of pseudoscientific garbage and conspiracy theories. At the risk of sounding overly conspiratorial myself, I suspect they are doing this deliberately to achieve some ends that fly in the face of most of what we value. That is, I no longer think this is just about ratings and pandering to the audience; I suspect we are witnessing some social engineering.

I am not sure when the formula first appeared, but it does seem like Ancient Aliens was where it was perfected. What is this formula? The most outlandish theories are thrown out, followed by “scholars” agreeing with them and over-interpreting “evidence” to make it look like they have support when they do not. Extremely obvious alternative explanations are rarely considered. The whole thing is clearly designed to give viewers the impression that whatever nutty phenomenon is being discussed is very real. This is the opposite of skepticism.

Since I have had Bigfoot on the mind lately, I decided to watch Bigfoot: The Definitive Guide on the History Channel. I went into it hoping it would present the history of the Bigfoot phenomenon (e.g., how reports of sightings had changed over time, all the hoaxes), you know, because it was airing on the History Channel. None of this was addressed. What I saw instead was Ancient Aliens where the aliens were replaced by Bigfoot creatures. The formula was identical. A small group of “experts” were brought it to present and then agree with strange theory after strange theory.

The audience was treated to theories about how North American Bigfoot creatures were Yeti that crossed over between Siberia and Alaska at some point when there was a land bridge and then evolved to adapt to their new habitat. No evidence was presented to support this, but we were encouraged by the “experts” to believe it because there was no evidence to prove that it was untrue. Sound familiar? The formula was so evident it was impossible to ignore.

I think my favorite part must have been when it was suggested that Bigfoot creatures were Neanderthals that had somehow survived all these years or possibly large feral humans. At least, this was the part where I began laughing at the TV. My laughter did not last long, though, because I began to reflect on the fact that there were countless viewers out there who were having a very different reaction. They were probably nodding in agreement. After all, these experts were telling them that Bigfoot was almost certainly real.

Reconnecting with Humanism During the COVID-19 Pandemic