Home From the Web Which Candidates Best Match Me? Buttigieg, Sanders, and Warren 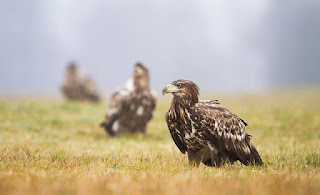 I took another one of those online political quizzes the other day that is designed to calculate one’s match with each candidate. I think this one might have been isidewith.com. It identified me as matching very well (i.e., 93-95%) with three Democratic presidential candidates. There was a drop-off after that, indicating that there was some match with a few of the remaining candidates but that it was quite a bit lower than the top three.

Two of the top three candidates came as no surprise: Bernie Sanders and Elizabeth Warren. I would have been very surprised if these two had not been among the best matches because they are the two I would have identified as being the best match. The third was a surprise: Pete Buttigieg. I knew I liked him, but I thought he was quite a bit more moderate than Sanders and Warren. According to this, he was a comparable match.

Starting with Buttigieg (#WhiteObama), I like that he’s young, intelligent, and likable. He seems like a nice guy who comes across as far more genuine than the average politician, and he hasn’t gone nearly as far down the “woke” road as many of his competitors. Being at least somewhat more moderate than Sanders and Warren probably means he’d be a stronger competitor in the battleground states where the more progressive candidates don’t usually do as well. Although I do not like how he has repeatedly injected his faith into his campaign, I have to give him credit for being very explicit in his support for separation of church and state. In a recent CNN town hall, he went out of his way to say that the U.S. is not just for Christians but for people of all faith and no faith. He also said that he does not want to see his religious beliefs imposed on anyone. Since he’s made his faith such an issue that it sometimes seems like he’s campaigning on it, I thought it was important that he make this clear and was pleased to see that he did.

One knock against Buttigieg has been his sexual orientation. Many Democratic voters are concerned that not enough people will vote for someone who has “teh gay.” This sounds familiar. I made a similar argument about Obama in 2008. I underestimated Democratic voters by thinking they would not vote for a candidate who had “teh Black.” Fortunately, I was wrong. I don’t find this argument terribly persuasive, and it does not strike me as a good reason not to support Buttigieg. A more significant problem is his reported lack of support among Black voters. Perhaps this is because Biden has already locked up their support, or maybe it is because of concerns over how his Indiana town has handled their policing. Or, and I know it isn’t popular to suggest this, perhaps this reflects anti-gay attitudes among some Black voters. Regardless, a Democratic candidate is not going to win without considerable support from Black voters. This may be a reason to think twice about supporting Buttigieg.

Buttigieg also lacks political experience at the federal level. While not necessarily fatal (Obama didn’t have much), it strikes me as a liability that is amplified by how much work whoever might follow Trump is going to have on their plate. It isn’t that he couldn’t do it; it is that someone with more experience would probably be better equipped to do it. That could be another valid reason to pick a different candidate. All things being equal, I’d prefer a candidate with more experience.

Sanders has a great deal going for him. He’s been consistent with regard to policy for decades, has as much progressive credibility as anyone else, has strong name recognition from his previous run (and a starring role on Curb Your Enthusiasm), and boasts a base of supporters rivaled only by Trump’s. Although his core message has not changed, it seems that he learned quite a bit from his 2016 campaign. He’s coming across better this time. Still, I think most would agree that Sander’s biggest asset is voter enthusiasm. If any Democratic candidate can inspire passion among their voters, it would be Sanders. Of course, this was not enough to get him past Clinton in 2016, and that is likely due to underperforming in some of the same states he’d need to win this time.

The primary criticism of Sanders has been and continues to be the socialism. I am not sure this will be an impossible hurdle to overcome, but it is unlikely to be easy. I think he’s been better at addressing it this time around, but additional improvement is likely to be necessary if he makes it into a general election. Moderate voters in battleground states will probably have an easier time supporting a candidate with “teh gay” or “teh vagina” than one with “teh socialism.” This, combined with the larger concern about whether Sanders is simply perceived as too progressive to win the critically important battleground states in a general election, strike me as valid reasons to consider other candidates.

Although we have heard quite a bit of criticism of some of Sanders’ supporters (i.e., the Bernie Bros), I suspect much of the voting public will be oblivious to this. Some of us who are active on social media will tell you that we have found it harder to support Sanders because he has been slow to denounce the worst of these supporters, but I wouldn’t expect this to be a major problem for him. Given the nature of his supporters, it isn’t like Trump would be able to use this against Sanders.

If Sanders is correct that high voter turnout is his only path to victory, then he has to be worried about the relatively poor turnout in Iowa. In 2016, he had a similarly passionate base of supporters but not enough of them showed up that he could beat Clinton. While he performed well in Iowa despite the poor turnout, his campaign is going to need to figure out how to get better at getting supporters to the polls. Of course, that is going to be true for any Democratic candidate and probably shouldn’t be viewed as a unique liability for Sanders.

Warren and Sanders share many policy positions, so it should be little surprise that she shares at least some of his strengths. She’s comparable in terms of progressive credentials, and while she does not have as long a record of public service, she may have accomplished more (at least in recent years). For many of us, she’s also a better messenger of the structural change she and Sanders support. It isn’t that he’s not an effective messenger. In many ways, he’s a great messenger. I just find her more effective. I’d also rate her higher on the likability dimension than Sanders.

In addition to sharing some of Sanders’ strengths, Warren is affected by at least one of his weaknesses. Concerns over whether he might be too progressive to appeal to more moderate voters in battleground states apply to her too. She’s clearly aware of that and has been taking steps recently to compensate, but I have not seen much evidence that they have been effective. Warren also has one big problem that Sanders doesn’t have: Sanders. The progressive base seems to prefer him, and it isn’t clear how she overcomes that.

Those of us who like Warren have to acknowledge that her poor performance in New Hampshire is a major problem. With one notable exception that I’ll get to below, most of the criticism of Warren seems to involve self-inflicted problems (or conservative propaganda). For me, the beginning of what will probably be the end came in the debate where she was asked direct questions about how she’d pay for her health care plan. She did worse than just falter; she ended up sounding as evasive as any other politician. It was as if the facade of intelligence and integrity she had built up crumbled before our eyes. Her poll numbers took a hit from which she still hasn’t recovered. Then there was her half-assed effort to revive the narrative about Sanders being sexist. She seemed to realize this was a mistake, but it was too late. I’m not sure if these are sufficient reasons not to support her, but I suspect they are for many voters. Her campaign appears to be in trouble now, and it is not clear how much longer she will last after her poor showing in New Hampshire.

The exception to which I referred above involves what has been made of Warren’s gender. Is America ready to elect a woman? Yes, I believe we are and I do not see this as a reason not to support Warren. She is not Hillary Clinton, and this is not 2016. Much like the question of whether voters will support a candidate with “teh gay,” I do not think that worrying about whether voters will vote for a woman makes much sense today. Being a woman was not Clinton’s problem. Amy Klobuchar has been outperforming expectations so far. Perhaps voters have just decided that Warren is not the woman they want to support.