Home From the Web What If Someone Else Told Your Child the Truth About Santa? 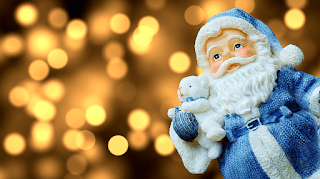 Assuming that you are one of the secular parents who has been promoting the Santa story to your children, how would you feel if another adult told your child the truth? Obviously, you know your child is going to find out sooner or later; however, my guess is that you’d prefer it was later. Imagine that you are out and about it some public area accompanied by your child. A random adult approaches, wishes you both “merry Christmas” because it has not been illegal to do so since 2017, and then casually says to your child, “You know Santa isn’t real, right? Those presents are coming from your family.” How upset would you be?

It is possible that your answer reveals something about your motives for lying to your child, but I think there might be something even more interesting to consider here. Do you think you’d be more or less upset in the situation I described than a Christian parent who had the same thing happen? I’d guess there might not be much difference. Some atheists would probably be very upset, and some Christians probably wouldn’t find it a big deal. The reverse would be true as well. I’m not sure that the presence or absence of god-belief would matter all that much, though I suppose that Christians might be somewhat more upset on average than atheists just because they might be a bit more likely to celebrate Christmas.

Now let’s contrast this with a scenario in which a Christian parent is out with their child and a random adult says, “You know Jesus isn’t real, right?” I would think that most Christians would find this more upsetting than the Santa thing, but I’m not sure. The reason I think it probably would be more upsetting is that most Christian adults seem to have more invested in Jesus than they do in Santa. The reason I’m not completely sure is that I think that all Christian adults recognize that Santa isn’t real and know their children will find out eventually but this might make them even more protective about the timeline around when their children find out. They know that once that balloon is popped, it will never re-inflate. I bet they don’t feel that way about Jesus.

A Word That Everybody Hates