Home From the Web What Has the Resistance Accomplished? 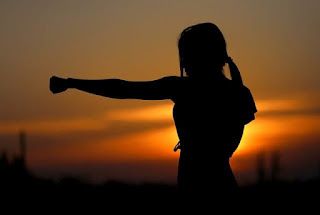 Offline, atheism is probably still my least popular position. That may largely be a function of where I live. Online, things are very different. I no longer think that atheism is my least popular or most controversial position. Something has replaced it, although I am hesitant to characterize the replacement as an opinion. It is more of a suspicion or a doubt, as I am not sure enough about it to label it as anything more. Here it is: I’m not sure that the anti-Trump movement widely known as “the resistance” has been particularly helpful. I am not sure it has accomplished much, and I fear that some of it has even been counterproductive in some important ways.

I have no difficulty understanding why “the resistance” has been appealing. I don’t like Trump either, and I didn’t like how President Obama was treated by many on the political right. The notion of treating their guy like they treated our guy is appealing in a child-on-the-playground sort of way. I get why it would be an attractive approach to so many. After all, treating others poorly while avoiding the guilt this would usually provoke and even getting to feel self-righteous about it is something many seem to cherish.

At the same time, I recognize that just because something can produce positive feelings in the short-term does not mean it is effective in accomplishing anything useful in the long-term. Religion would be one example of this, but I suspect “the resistance” may be another. We won’t know whether the anti-Trump resistance will be able to generate the sort of voter turnout that will be needed to defeat him in 2020 (or whenever we have the next presidential election). If it does, then perhaps it will have been worthwhile. In the meantime, I can only note that the efforts to resist have not seemed to stop Trump from doing most of what he wants to do.

I think it could be argued that “the resistance” has provided those who are part of it with a sense of community or shared purpose. They’ve been able to unite, at least to some degree, based on their shared hatred of Trump. The question is whether this can be valuable even if it has not produced results. I think it probably can, but I believe that having few tangible results makes it harder to see how. I also wonder about those who seem to define themselves almost solely by their membership in this resistance. I am aware that what I am seeing is just their social media personality and not the real them, but this still seems awfully limited (not unlike atheism).

Maybe the real question should be how we ought to define accomplishment or measure progress. If the resistance exists primarily to make Trump’s life a little more difficult and to show the world that we are far from united behind him, then it has clearly accomplished that. If it exists primarily as true political opposition, it seems to have achieved few victories so far. How should we evaluate what this movement has accomplished?

The United States feels hopelessly and irrevocably divided today; however, I can’t blame that on Trump or those who say they are resisting him. The divisions were there long before Trump. They were there long before President Obama too. Still, I think it would be fair to say that we saw them get much worse under Obama and worse yet during Trump’s first term. It once seemed like we knew how to use reason but often preferred not to do so; it now seems like many have abandoned reason entirely.

Remember how much of the United States came together, however briefly, in the aftermath of 9/11? I know it did not last long, but there was at least a brief sense that we were all in this together and that we were going to support one another against an external threat. I see very little of that today as we face an even greater threat in the form of the COVID-19 pandemic. Maybe we will find it as the body count climbs, but it isn’t looking good so far.

The resistance isn’t the problem here, at least not directly. The problem is the division and the tribalism. To the degree that the resistance has fueled this, it becomes “part of the problem,” to borrow a phrase some favor. The same is true for the other side (i.e., Trump’s side). Divided we fall. So let’s not fall.