Home From the Web MLK’s Relevance To Anti-Atheist Bigotry 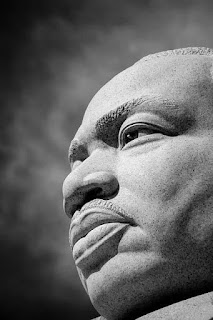 Back in 2008, Nanovirus wrote an excellent post for MLK Day in which he addressed Dr. King’s relevance to anti-atheist bigotry by modifying King’s Letter from a Birmingham Jail to address moderate Christians on the subject of Christian extremists and how they treat atheists. At the time, it struck me as powerful stuff with considerable relevance to atheists living in the United States. All these years later, it still leaves that impression.

In commenting on Nanovirus’ post in an early version of this post, I noted that racial bigotry remains an important problem in the U.S. but that few would deny that progress had been made since King’s time. Sadly, I was not sure the same could be said for anti-atheist bigotry. It still seemed pretty bad in 2008, so much so that some political candidates viewed running on it as a viable campaign strategy.

Fortunately, I do believe there has been some progress since 2008. While it is true that anti-atheist bigotry is still far too socially acceptable, I think things have improved since 2008. I attribute this primarily to the well-documented decline in religiosity and to the increased availability of content by atheists made possible by the Internet. These and other factors have made it more acceptable to discuss atheism. As a result, young people today are likely to have heard of atheism and even have a basic understanding of what it is in a way that was not the case for me. I think that has made a difference.

It is tough to know what the future holds, but I would like to see anti-atheist bigotry become far less socially acceptable than it is today. Perhaps more attention will eventually be paid to the civil rights of atheists, as well as all the other groups we need to be attending to. If that is to happen, I expect that secular activism will continue to be an important part of it. After all, it is difficult to retain rights others want to strip if nobody is willing to stand up for them. Perhaps we will eventually get to the point where not believing in gods is no longer equated with moral depravity.

An early version of this post appeared at Atheist Revolution in 2008. It was revised and expanded in 2020.