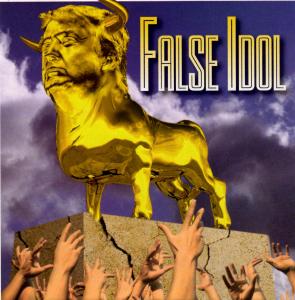 Christian evangelicals are big supporters of Trump, despite his moral shortcomings… serial adulterer, sexual predator, and wholesale liar. The main justification they seem to have is the anti-choice position that he adopted when he decided to enter the political arena as a Republican. He knew that his previous pro-choice stance was a political death sentence as a Republican candidate. Somehow, evangelicals…and a lot of other Trump supporters are able to overlook the seamy side of his character as long as he panders to their adamant opposition to abortion and gay rights.

Almost all the right wing media, especially Fox, have taken the same position, either ignoring Trump’s obvious moral deficiencies or making lame excuses for them. Finally, Mark Galli, the editor of a prominent evangelical magazine, Christianity Today (CT), had all he could take. In a recent editorial, he called Trump “morally confused,” and asserted that he was not fit for high office.

Needless to say, the editorial provoked a tsunami of criticism from the evangelical community. Galli, the writer of the article, has since retired, maybe to avoid being sacked…or assassinated.

“The facts in this instance are unambiguous. The President of the United States attempted to use his political power to coerce a foreign leader to harass and discredit one of the president’s political opponents. That is not only a violation of the Constitution; more importantly, it is profoundly immoral.”

He didn’t stop there:

“The reason many are not shocked about this is that this president has dumbed down the idea of morality in his administration. He has hired and fired a number of people who are now convicted criminals. He himself has admitted to immoral actions in business and his relationship with women, about which he remains proud. His Twitter feed alone – with his habitual string of mischaracterizations, lies and slanders – is a near perfect example of a human being who is morally lost and confused.”

And then he let evangelicals have it:

“To the many evangelicals who continue to support Mr. Trump, in spite of his blackened moral record, we might say this: Remember who you are and whom you serve. Consider how your justification of Mr. Trump influences your witness to your Lord and Savior. Consider what an unbelieving world will say if you continue to brush off Mr. Trump’s immoral words and behavior in the cause of political expediency. If we don’t reverse course now, will anyone take anything we say about justice and righteousness with any seriousness for decades to come? Can we say with a straight face that abortion is a great evil, that cannot be tolerated and, with the same straight face, say that the bent and broken character of our nation’s leader doesn’t really matter in the end?”

Hoo boy! Did that ignite a firestorm, and Trump himself weighed in, calling the magazine a “far left” publication that was “doing poorly.” He was wrong on both counts. It’s doing fine, and has gained new subscribers since the editorial was published. It is solidly in the social conservative camp on all the key issues…anti-choice and anti-LGBTQ rights. Hardly far left. It was founded by the evangelical superhero, Billy Graham.

The article has had some interesting after-effects. The evangelical publication, Christian Post, published an article blasting CT for their editorial, causing the editor of the Post, Napp Nazworth, to resign. “I warned them,” Nazworth said, “If you go down this road and join Team Trump, that will destroy the reputation of the Christian Post.” Nazworth said that his New Years Resolution is to “help evangelicals who don’t support Trump have a voice in the 2020 election.”

I don’t know if this will cause further upheaval in the Christian media and erode Trump’s bloc of support in the evangelical community, but I certainly hope so.