Home From the Web Eternity, Free Will, and the World” Refuted — Part 5

A few months ago over at the Catholic apologist’s site Strange Notions, where I sometimes debate theists (but am now banned from), a post was written by Catholic philosopher Dr. Dennis Bonnette that was almost entirely addressed at some criticisms I’ve made on the site in the past year. 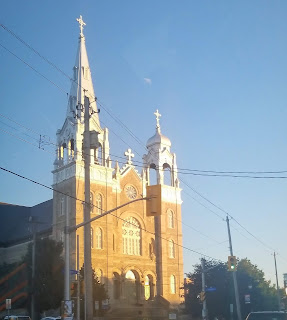 How God’s Eternity Relates to the Temporal World

In the final section of Dr Bonnette’s post he attempts to logically reconcile the existence of an unchanging, timeless god with a changing dynamic universe, and as before we will see his attempts fail at nearly every step. He writes,


Some argue that every change in the temporal world requires a change in God to initiate that new causation that changes the world. For, how can one thing initiate new motion in another without itself changing in the very act of “sending forth” its causal influence to the world?

Such reasoning may make perfect sense to a mentality mired in philosophical materialism. But, it makes no sense at all in existential metaphysics. Physical agents change as they cause effects. But to think that this also applies to spiritual agents is absurd and illogical.

This is flat out wrong. In my criticisms of the impossibility of an unchanging being doing things that require time (which requires change) I pressed its logical impossibility. That is to say, nothing in my view depends on materialism being true. The theist has a logical problem, not a material problem. When I argue that:

I am stressing the fact that logical impossibilities hold true regardless of metaphysical materialism or immaterialism. No amount of hand-waving can wiggle you out of this, as we will see. He continues,


Since whatever is in motion or is changed must be moved or changed by another, maintaining that a cause cannot cause change without itself changing would entail an infinite regress among simultaneous caused causes and make impossible an Uncaused First Cause. This is because it would mean that every cause would be an intermediate cause in need of a prior proper cause. If every cause has a prior cause, any causal regress among proper causes would have to regress to infinity. But, I have shown elsewhere that an infinite regress among simultaneous proper causes is metaphysically impossible. For one thing, the sufficient reason for the final effect would never be fulfilled. Therefore, it is manifestly false to claim that every cause must itself change in order to cause a change in another.

Regarding the infinite regress issue, his argument presupposes the principle of sufficient reason, which I’ve argued is self-contradictory on the Scholastic view. Without the PSR, Bonnette’s argument cannot be made plausible. It’s assuming a first principle that can easily be challenged, which is a recurring theme in most if not all the arguments made in his post. Bonnette’s assuming the PSR, showing a supposed problem that an infinite regress of causes entails given the PSR, and then is deducing from this that there must be an unchanging cause. If your conclusion is incoherent, it cannot be true, and so something must be wrong with your premises or assumptions, or both. And that’s exactly what we have here. Bonnette makes no attempt to actually demonstrate the logical coherency of a timeless god who does things which would require change and therefore time. He just assumes such a being must exist given a deduction from the first principles he adheres to.

This is another misleading claim. Causality in Aristotelian-Thomistic metaphysics is a subdivision of the principle of sufficient reason, but that is not true of metaphysics simpliciter. In metaphysics, there are many views of causality that deny such a Scholastic perspective. And as I’ve stressed before, the Scholastic version of the PSR is either self-refuting, or so watered down that it would allow an atheist to justify the same claims the theist is claiming. God cannot be its own reason for being because the god of Thomism is not just some generic deity, it is a very specific god with a specific non-necessary will that also happens to be identical with its nature and essence. Hence, god’s essence is at least in part non-necessary, and ergo god cannot be said to be its own reason for being. As Bonnette says earlier in the post, he admits his specific god is not logically necessary.


Thus, the causality principle states that every effect requires a cause. What is changing or in motion fails to explain its own coming-to-be, and hence, needs a cause. Nothing in this explanation of causality logically implies a change in the cause as causing – only something happening to the effect.

The problem here once again is that Bonnette makes no attempts to actually demonstrate the logical coherency of a timeless god who does things – which requires time and therefore change. He just assumes such a being must exist given the first principles he adheres to. He furthermore assumes philosophical presentism, by which things objectively come into and out of being simultaneous with a universal “now.” All of AT metaphysics is built on this presupposition, and Bonnette has never made a single plausible argument justifying this claim’s truth. In other comments on his site, he’s denied both presentism and eternalism, and proposed a view made on a site called Arcane Knowledge, which I recently refuted as inadequate, incoherent, and forcing one into denying anything at all exists, which is metaphysical solipsism, in order to avoid eternalism.

In the final section Bonnette tries to wrap up his arguments, writing,


God, in a simple eternal act of will, causes all events in physical creation to take place at their appointed times. All beginnings and changes take place in creatures, not God. Indeed, time and space themselves are part of the world’s created limitations. If Christian belief that the world began in time is true, God simply willed the creation of the world to be with a beginning in time – again, something happening to the world, not to its timeless Creator.

But nothing here demonstrates how it is logically possible to eternally and timelessly continuously create a dynamic changing universe. How can it be that there is a state of existence when only god exists, and then god creates a universe without any change in god? God literally does nothing and somehow a universe springs into existence from god’s causal power! This is claiming you can do something without doing something, a logically possibility. You can try to deny creatio ex nihilo, a belief in Christianity since the religion started, and claim the universe eternally coexists with god, but then you must affirm a form of eternalism, the view that all moments of time in the history of the universe—past, present, and future—have equal ontological status. The caveat with that is that eternalism makes god unnecessary, since the block universe cannot have come into existence: its intrinsic eternality demand it exists. And that means any claim that the block universe still requires an explanation will only force you to provide an explanation why god eternally willed a specific block universe, rather than another, in addition to assuming a view on causality that eternalism would negate!

There are too many problems for us to fully reiterate here, but we can summarize Dr Bonnette’s mistakes as such:

And that’s why there is no need for any rational person committed to truth or reason to accept the view that god is either necessary or has free will.